Wizkid – “Made In Lagos” (Deluxe Album) 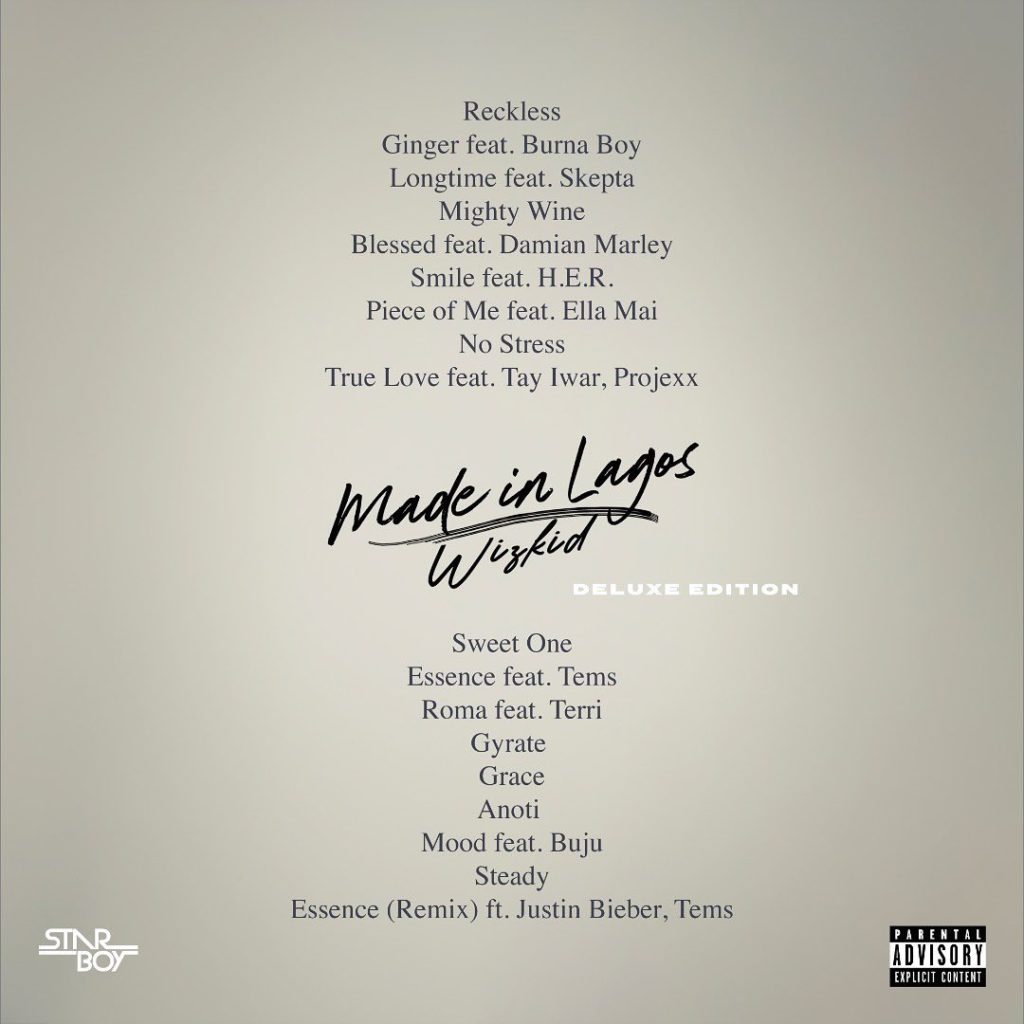 Wizkid releases the Deluxe version of his 4th studio album – MADE IN LAGOS. As Afrobeats continues to grow, Wizkid wants the world to remember where it came from and where it’s going next… Ladies & Gentlemen, I will implore you to get your earpiece, speaker, or Earpod, and Enjoy!!!

Wizkid expresses a wide inspiration across his 14 tracks which is his fourth studio album. due to the sweet melody of the song in his heart, he enlisted Burna boy, Ella Mai, H.E.R, Damian Marley, and more to fascinate the musical essence of Afrofusion. Made In Lagos is rooted in Africa—with instrumentation, lingo, and vibes inspired by Wiz’s Nigerian origins—and offers worldwide appeal. These are superbly crafted songs for under the sheets (STREAM HERE).

Released in 2021, the deluxe version adds four new songs to the mix: “Mood”, where he’s joined by rising Afrofusion singer Buju; “Anoti”; “Steady”; and a remix of his Tems collab “Essence” which also enlists Justin Bieber.

Previous Wizkid – “Made In Lagos” Album
Next [Video] Skales – “This Your Body” ft. Davido